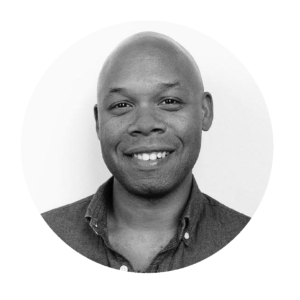 Whether in leadership positions or not, many Black Americans have heard the saying, “You have to be twice as good to get half as much.” It’s a notion that ties back to the false ideas that it takes grit to be successful and that those who grind will be rewarded, and a study in the last few years reports that more than half of Black executives say they had to take much more significant risks than other leaders had to advance. Not only does this take a toll on the mental health of these leaders, it further perpetuates the marginalization of Black leadership and innovation.

This Black History Month, we want to take the time to celebrate the legacies of Black leaders, not only in education, by having a conversation about what conditions must be in place for them to thrive. In this interview with Tre Johnson, partner of diversity, equity, and inclusion at Catalyst: Ed, we look at how biases and even what we’ve accepted as standards of professionalism play a role in a Black leaders success and ways in which Johnson has challenged those standards to push for authenticity in the workplace.

Q1: We’ve all heard the notion of Black people having to be twice as good, and it’s been proven that Black leaders, not just in education, are evaluated more negatively than white leaders. How do you think those biases (and penalizations) show up today in how Black leaders are perceived and supported?

Tre Johnson: I think one heavy scrutiny placed upon Black leaders is that we are constantly checked for arbitrary levels around competency or sophistication. Everything from our presentations to articulation gets additionally scrutinized, I think, in a way that is confirmation seeking. I think there’s a baseline anti-Black sentiment that Black folks aren’t smart enough, aren’t capable enough, or don’t know enough to know how to swim the waters like the rest of the world. So people are often looking for ways to prove or correct or police those kinds of vulnerabilities. I think the other thing that’s different or unique for Black leaders is that when I think about leadership positions, you’re often beholden to a series of different types of stakeholders. When I think about roles in education, particularly in urgent urban education, you’re often beholden to constituents who share a lot of your same identity or background. And so when I think about the different types of hats and personalities and inflections in voice and culture, everything that Black people have to be able to hold and manage and move through when you’re working through what might be: a Black stakeholder community, a white board of trustees or a larger kind of mainstream white body of individuals or non-Black individuals that you have to also work with—it does put tons of scrutiny on top of you about who you are, who you represent, how smart or skilled you are, and whether or not people should trust you.

Q2: The very standard of professionalism can be seen as a coded way of upholding whiteness in the workplace. How do those standards like that play a role in the success of a black leader?

Johnson: I think a lot about when we talk about professionalism and then apply it to Black people in the workspace, I think a couple of things. First is code-switching, what is or isn’t your ability to do so, and under what conditions are you perhaps evaluated for doing or not doing it? I think professionalism can be these weird things around your style of dress; it can be about everything about your email tone or response time, even—I’ve heard the stories of someone being questioned about how professional they are if they take whatever someone else’s arbitrary notion of too long is to respond to an email.

I think professionalism can also mean your ability to uphold an authentic facade. Suppose you talk to many Black professionals, particularly in the white-collar types of spaces. In that case, there is a facade-type burden that people feel like they have to perform or maintain to be seen as viable, professional, or heard in many spaces. I think that comes with a certain type of toll. I think for some Black people, it can often mean that you’re forced to make what feels like a binary trade-off—either be Black as I know, love, and appreciate myself to be or I can be seen as a professional in this space, which for some people feels like the removal of a certain aspect or many aspects of their kind of cultural, racial identity.

Q3: As a leader yourself, what are some ways you’ve challenged these professional standards both on the individual and organizational levels?

Johnson: What I’m and who I am, is many things: I’m somebody who has a nose ring, I’m somebody who has tattoos that I will show and share, I will wear jumpsuits that make me feel comfortable and cool and stuff, I will speak in a way that feels true to me. I’ve grown to appreciate that my greatest gift to a lot of spaces is just speaking in my true voice and that usually, for me, by my standards, means not engaging in cultural jargon around things just for the sake of cultural jargon. It’s using the words, using emotions, using the sentiments that I know and have, and not playing into the expectations of a broader culture because I’m hoping to tap into some validating power that I think I often have in myself. I’ve gotten much more discerning about rooting out communities, both inside and outside of the workspace, which makes me feel that I have the space to be comfortable, myself, and held accountable when I need to in ways that don’t diminish my everyday humanity. All those things put together are things that I value that have helped me become, hopefully, more of a humble and authentic leader in this space. But also, I think, more importantly, is that of the things that I know have served me well, I try to turn around and use that as a funnel of leadership style when I am engaging with other people inside of spaces too.

Q4: How do we create conditions for Black leaders to be just ok at a part of their job and supported in their growth development?

Johnson: I think many of our sectors are beleaguered by the same notion of urgency, and when urgency is at play, it means that we push people artificially to do things, be things and act in unnatural and inhuman ways. One of the things Black leaders need is time and patience, just like we would want for anyone else. Leadership roles take time to develop, and sometimes in a new context, leadership needs space, support, and champions—folks who will clear the brush or people to perform and define their space. In particular Black leaders inside of education or public sector roles that have to answer to broader audiences, you need people who can help be co-pilots and ambassadors at times to open up those doors and to help co-validate the expertise, the belief, the mindset, the strategies, the engagement, the style, whatever that Black leaders want to bring and can bring in these spaces.