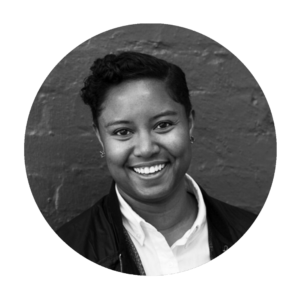 by Nicole Jarbo, Provider-In-Residence at Catalyst:Ed, Founder of Goodbets Group and primary collaborator on the Arc Collaborative

Last fall, Catalyst:Ed incubated the Arc Collaborative, a 4-month capacity-building program for education consultants of color. Nicole, the visionary leader of the work, raises the compounding challenges that PoC face when they embark on entrepreneurship, and the central role that supporting good mental health has in creating equitable opportunities.

The last panic attack I had was in 2017. It was a Saturday morning, no later than 9 am. I remember sitting up in bed and feeling a sudden wave of anxiety. A few months earlier, I’d left my 9-to-5 job at a charter network. I wasn’t feeling seen or supported, and my mental health was suffering because of it. At the time, I believed I had no other choice but to leave.

At that moment, I wondered if I had made the right decision. To go out on my own–to start consulting. I won my first few contracts easily, but the money I had made and the little I’d saved ran out. That morning, my heart was pounding and my mind was racing.

I was scared, and I felt guilty. My father and mother had immigrated here from Liberia and the Philippines, respectively. They were adamant about my two brothers and me getting an education. And, we all did. My older brother is a neuroscientist and cognitive psychology professor at Carnegie Mellon. My younger brother has an Ivy League MBA, and his resume is littered with the logos of the world’s biggest companies–Goldman Sachs, Ralph Lauren, Google, and most recently, Facebook. And me? I had a master’s degree from UC Berkeley, experience as a classroom teacher, and had advised the country’s wealthiest philanthropists before my last gig.

But none of that mattered. Because I was still here. I had an education and experience, but no job, no money, and no plan. And at that moment, no hope.

That was my last panic attack, but it wasn’t the last time I doubted myself or tried to fight off anxiety or depression. Those have been lifelong battles. I still struggle to this day, even though I’ve been successful thus far. This is not a sad story, though; it’s just a real one. Consulting has given me confidence, helped me with self-acceptance, and provided me an amount of money that would be life-changing for most people.

We applaud underrepresented entrepreneurs and risk-takers. We build programs to encourage their leadership because we value equity. We share articles they write and refer their products and services to our friends. Yet, we don’t adequately prepare them to deal with the inevitable challenges they’ll face with their mental health and well-being. And if we are truly committed to equity, we must provide holistic support that sees and values their humanity.

When you work for yourself, it’s more than a job. It’s an opportunity to tell your story and to own it. A bet on yourself. A chance to prove to your doubters that they were dead wrong. More importantly, a chance to prove yourself right. When you succeed in that effort, you can feel happy and content. But, when you work for yourself, successes are always followed (or preceded) by moments of despair and doubt. Imposter syndrome can take over. If you’re predisposed to anxiety or depression, navigating uncertainty can feel like a losing battle. This is why mental health issues so deeply impact entrepreneurs. According to a study by Michael Freeman of UCSF, 72% of entrepreneurs report mental health concerns. Entrepreneurs are significantly more likely to report having struggled with depression, ADHD, and substance misuse. They’re also more likely to receive a bipolar diagnosis.

It’s worth noting that conditions like depression are more likely to persist in Black Americans and Latinx populations. In other words, PoC entrepreneurs face a unique struggle when it comes to managing their mental health.

Whether they’re running a side-hustle or full-fledged firm, entrepreneurs of color make up a significant portion of the Catalyst:Ed Network. They face many (if not all) of the same challenges that other entrepreneurs do. For people of color, these challenges compound when you include history, generational trauma, inequitable policies, and biased leadership.

A Small Effort to Move the Needle: The Arc Collaborative

Since last year I have been involved in the design and development of The Arc Collaborative. It is a 4-month program designed to support education consultants of color. A core component of the program focuses on providing well-being support for consultants. You can’t win contracts, support communities, or make an impact if you are struggling with mental health. I learned this first hand, and that’s why the team is committed to building something new and needed.

Here’s what we plan to do:

This work is important. It is fundamental to our fight against inequity. It should become a priority of organizations that want to impact communities of color. Ignoring our responsibility to support the well-being of leaders, educators, and consultants of color just isn’t right.